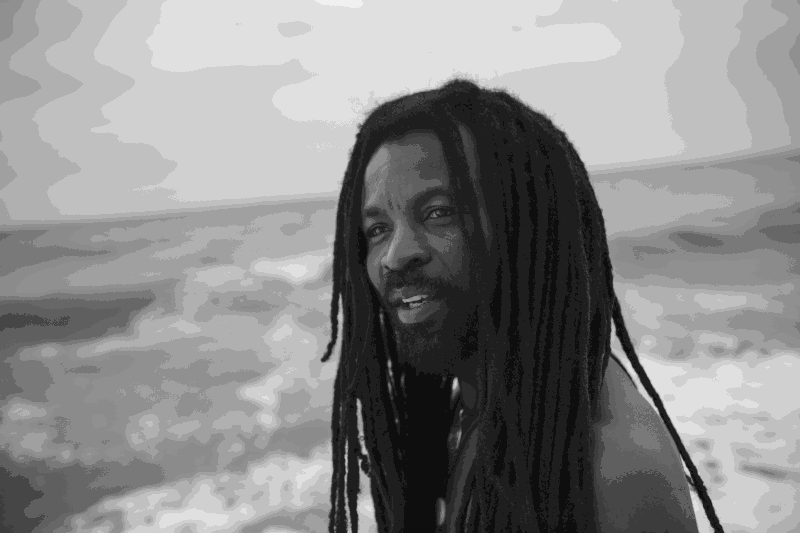 Ghanaian international music star Rocky Dawuni has leveraged his popularity across the African continent to bring his unique Afro Roots sound to global audiences and champion social causes. Over the course of his career, and the release of five albums, his infectious grooves and dance-inducing anthems have consistently excited fans, including some of music’s biggest stars with whom he’s performed and collaborated. Having appeared at many of the biggest World and Reggae music events, Dawuni has worked alongside Stevie Wonder, Peter Gabriel, Jason Mraz, Sharon Jones, Janelle Monae, as well many others. His eloquence, passion and successful melding of celebrity with humanitarian action have also made him a spokesperson for various global causes.

On his fifth studio release Hymns for the Rebel Soul (Aquarian Records, 2010), Dawuni was inspired by his travels, particularly in Israel, Finland, Jamaica, the U.S. and throughout his native Ghana. Hymns’ 11 songs reflect his quest to articulate common spiritual, political and social aspirations and is a musical exploration in global consciousness. The main recording and writing took place in Los Angeles during the transformative 2008 US presidential election and concluded on inauguration day, which also had a profound effect. Hymns For the Rebel Soul was nominated for a prestigious NAACP Image Award for “Outstanding World Music Album“ and “Best Album” at the 2011 International Reggae & World Music Awards in Trinidad. Rocky also won “Best African Artist” and was again nominated in 2012.

The first track, “Download the Revolution,” was licensed by video game giant EA (Electronic Arts) for their FIFA Soccer 2010 game, which has sold millions of copies. EA also licensed “African Reggae Fever” which became one of the main songs of their FIFA World Cup 2010 release (remixed as “African Soccer Fever.”  Two tracks from Dawuni’s previous Book of Changes album appeared on their FIFA 2008 and Simm’s video games.

In the US, Dawuni’s progressive fusions of Reggae, Soul and traditional African sounds, have been making steady inroads and he can found alongside U2’s Bono in the remake of “War /No More Trouble” for the highly successful “Playing for Change: Songs around the World” album and accompanying videos. Rocky Dawuni is also featured with other global stars on Tribute to a Reggae Legend with his genre-bending rendition of Bob Marley’s “Sun is Shining.” (Putumayo Records, 2010) He receives extensive airplay on NPR’s influential KCRW station and his songs have had prominent exposure on hit TV shows like Weeds, ER and Dexter. Rocky is currently completing his 6th studio album which is yet to be titled and is currently finishing up remixes with some of the top DJs in the world.

On the live music front, some of Rocky’s recent performances include the 18,000 strong “We Day” event in Toronto, Canada alongside Somalian superstar K’Naan at the Air Canada Center for Free The Children and at the Freedom Awards in Los Angeles with pop sensation Jason Mraz. In July 2011 he performed at the prestigious Hollywood Bowl with the legendary Stevie Wonder during a night of "Global Soul” and appeared at France’s Les Esteivales de la Perriere in August of the same year with Shaggy, Monty Alexander and Diana King where they joined together on a magical rendition of Bob Marley’s “No Woman, No Cry." Rocky headlined the Balispirit Festival this year for the second time and received a glowing feature in RollingStone Indonesia. He spent the summer of 2012 headlining festivals in Germany, Austria and Norway.

Dawuni’s activism reached new heights when he was recently invited to meet with Ghana’s top leaders on a broad range of issues and was appointed the country’s Tourism Ambassador and “World Music Ambassador for MUSIGA (Musician’s Union of Ghana).” Rocky was named a United Nations Foundation Ambassador in September 2012 in at the UN General Assembly in NYC. He will be focusing his efforts on the Alliance for Clean Cookstoves program that has more than 300 partners around the world and is part of the Clinton Global Initiative. These efforts join his ongoing involvement with Product (RED), UNICEF, the Carter Center, Creative Visions, amongst other activist organizations.

What’s up next for Africa’s shining star? Stay tuned….