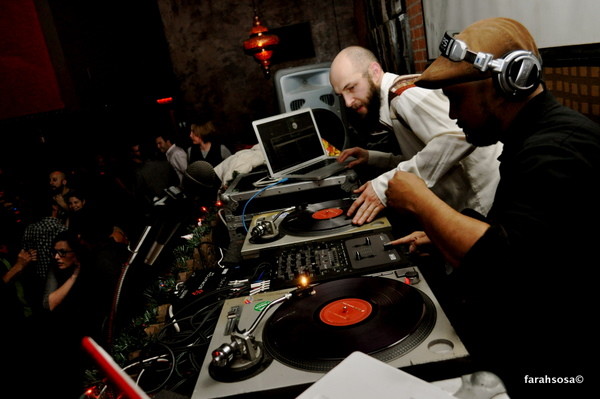 For the past 20 years, Chicago-born Jeremy Sole has been making beats since the MPC 60 was born, deejaying since rotary crossfaders were the standard, and playing clubs since he was too young to (legally) get in. As a teenager, Sole's underground loft parties were packed with sweaty bodies - a culture clash at the birth of Hip Hop and House music. He matured as a turntablist in Jazz, Dub and experimental hybrid bands before the phrase "Acid Jazz" confined that sound.

The rich Chicago history of Blues, Jazz, Disco and Funk were all part of his upbringing, and like a true music lover Jeremy has always reveled in the place where they all blend together. "When I was young, I spent many a night in the alleys behind blues clubs, listening to cats like Buddy Guy through the air vents. Those same nights I would be mixing with legendary Disco deejays at our downtown loft parties." Since then his obsession grew to include music from around every corner of the world.